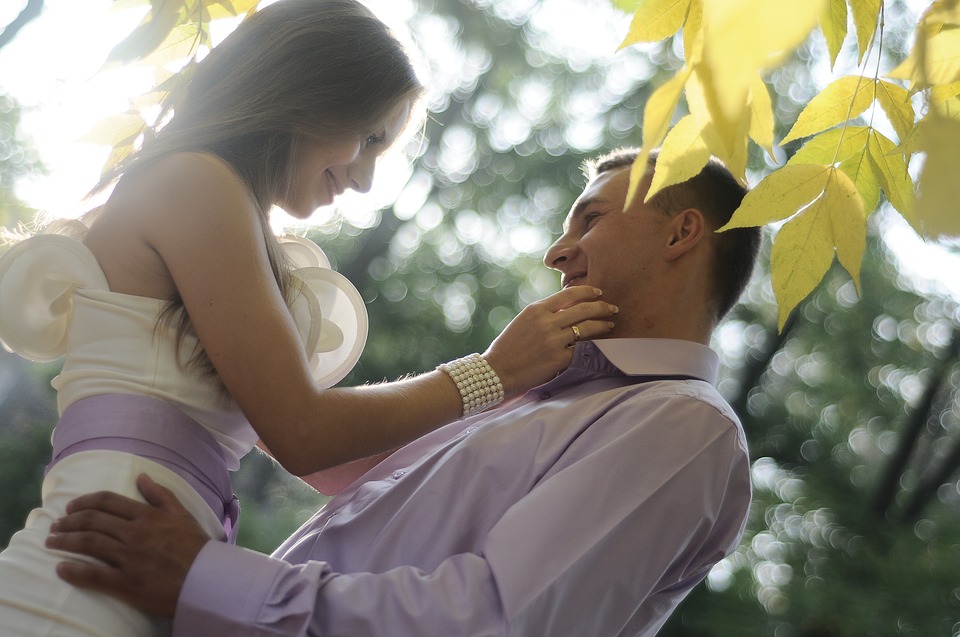 How To Get a Sugar Daddy

I want to talk today about the difference between online-only sugar daddies and the ones you carry on with in real life. When so much money can be happily dropped by our daddies on these relationships, it’s easy to think this is entirely a physical thing, and that (my favorite misconception about sugaring) we’re just high-paid hookers who were lucky enough to meet financially capable “clients”.

All of that is bullshit, and I’m gonna explain why. I’m also going to be showing you how to find a sugar daddy online for any kind of relationship you’re interested in the right way.

But first, let’s go over exactly what sugaring is. Sugaring, frankly, is honesty on a social level. Everyone already knows that men tend to like physically beautiful women, while women are most attracted to men of maturity and means. Good looks come with youth, and a good head and deep pockets are earned with age.

Looking at these facts, it’s actually a surprise we don’t see more twenty-something girls dating men north of their 50s, since those groups obviously complement each other. But we tell each other lies socially, and we pretend to “higher principles” when it comes to love. Even though, it’s funny to point out, tradition still has it that men pay for dates and otherwise provide for their girlfriends and wives, and most women are okay with and even enjoy these customs.

Sugaring dismisses our silly social hangups about reality. In a sugar relationship, a well-off sugar daddy dates a (usually much younger) sugar baby, whom he compensates for her time. Most often, he does this by treating her to nice meals, expensive gifts, and a direct cash “allowance”, but compensation can be negotiated and structured in lots of different ways. I know one girl who sugared for two years after her parents cut her off, and all she received from her sugar daddy (aside from fancy dates) was payment of her college tuition and monthly bills. It really depends on the relationship. 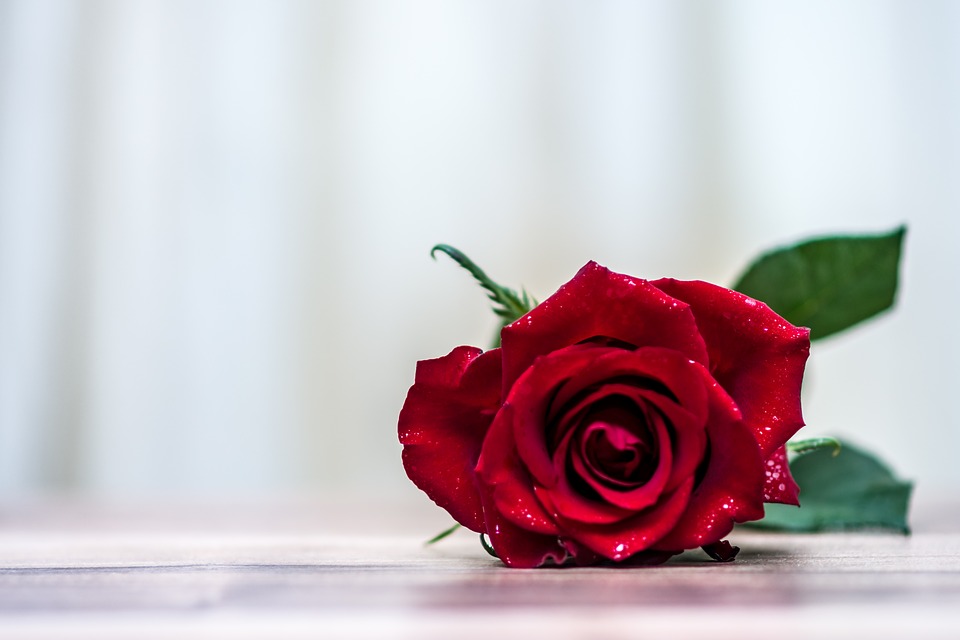 Those relationships really do vary, because as I was saying before (and contrary to what you might think), some sugar babies never even meet their daddies in person. Just like many people choose to carry on “long-distance relationships” over the internet, so too do some sugar dating arrangements remain entirely online. I know plenty of girls who do this, and I do it myself, so don’t tell me it isn’t real. Online-only sugar dating usually begins when a sugar baby meets her daddy while she’s camming on a site (and for this in particular, Chaturbate seems to yield the most and the best daddies).

Check out my guide to online-only sugaring here!

This guy will turn out to be a “whale”, or a big cam site spender. Taking a liking to his chosen sugar baby, he will proceed to shower her with tips, requests for private shows, and other attention. Eventually, he may ask to take the relationship off-site, usually to include chatting on Skype, through text messages, or by phone.

The wise sugar baby will give him what he wants, because in the end (and especially when he’s dropping so much money on her), he isn’t asking for much. In many cases, those private shows and Skype chats won’t even involve requests for nudity or sexy performances. Yes, really.

These are, overwhelmingly, older guys who have reached a point in their lives where they simply crave attention from and general interaction with women; their adolescent hormones have long since cooled, and sex just isn’t the first thing on their minds anymore. I can’t promise that YOUR online sugar daddy won’t ask you to get naked and spread out on your bed, but I can tell you not to be surprised if he doesn’t.

Finding a Sugar Daddy In Person

So what about doing this in person? Well, in that case there usually will end up being a sexual component to the relationship (and that, as you might imagine, will be physical instead of virtual), though still not always by any means.

Again, the guys you meet simply won’t necessarily be after that, and you never have to do anything you aren’t comfortable with. Obviously, there are unique advantages to getting a sugar daddy with whom you can meet, such as going out on actual dates, and shopping for your gifts with him in real stores. And even more obviously, you need to be really careful in how you go about setting this up.

Your best option for finding a sugar daddy for real life is to use a decent sugar dating site, but there aren’t too many of those around, unfortunately. The good ones will allow you to exchange e-mails and get to know them before any actual meeting, which goes a long way toward ensuring all goes well. I also want to warn you that while sites such as Craigslist can theoretically be used for this, I do NOT recommend them, as they seem to be overrun with creeps.

I remember one time, when I was way less experienced as a sugar baby (I would never do this today), I agreed to meet a guy from Craigslist at a nearby Starbucks (HUGE red flag! Your first meeting should be at a nice restaurant or at least the bar of a fancy hotel!). I got showered and dolled up, and sat around at the specified location (for which I was way overdressed) waiting for this guy for half an hour past the time he said he’d be there.

I now realize this was probably a PsyOp on his part; he was getting me invested in seeing this through. Only at that point did he text me to say his Bentley had broken down and he was stuck at home, and that to make it up to me he would pay for an Uber to take me directly to his mansion. I asked for his address, which at first he did not want to give; “I’ll just put it into Uber,” he insisted like three times.

When it became clear I was about to bail, he finally coughed up a street, which I looked up on Google Maps. To say it was in the “ghetto” is to insult ghettos everywhere; I’m pretty sure hardened drug dealers would refuse to make sales there for safety reasons. Now, I’m really not sure whether this strategy has worked for this guy in the past, but for me, the text with his address may as well have read, “I am going to mug and rape you.” I was done.

If you’re wondering how to get a sugar daddy for online-only interaction instead, it’s pretty simple: just use cam sites. Like I mentioned before, Chaturbate is best for this, with MFC (MyFreeCams) coming in a close second. You don’t have to get naked or do anything sexual to attract them; for this, in fact, it’s probably better if you don’t (what you and he get up to online after he’s your sugar daddy is between you two).

For reasons we’ve discussed, guys like this are genuinely more interested in your personality than your body. You want to be friendly and engaging, with just the right touch of “haughtiness” to draw in whales. That’s how to find a sugar daddy: you look among the whales. Eventually, one of them will be interested in going beyond dropping you a single huge tip, and it’s payday.

Once you’ve got your online sugar daddy, you’ll be doing a lot of private shows for him. These shows will mostly be about talking, and enjoying your virtual company; again, very little if any sex. I once had this online sugar daddy for about six months, who never tired of telling me how much I reminded him of his daughter. This would have been creepy, had he shown any sexual interest in me at all. He didn’t.

There was even one time when I sat down to a private session with him wearing only a robe, which I’d hastily thrown on because I had just finished camming in my public channel. My daddy actually told me to go “put some proper clothes on”, because he knew a cold front was passing through where I was and he didn’t want me getting sick. Yep, my sugar daddy made me get DRESSED in a private show he was paying for.

I should point out, finally, that there are a lot of girls who will tell you that there’s no such thing as an “online-only” sugar daddy. Those girls don’t know what they’re talking about. Either they’ve never bothered putting in the effort to find one, making them just plain lazy, or they have tried and haven’t had success, in which case I’m real sorry for their bad luck. Whatever the case, we’re not talking about unicorns here.

I’ve had several online sugar daddies myself, and I know plenty of girls who have done the same. They’re out there; like I said, Chaturbate is the place to look, or MFC. Again, finding them is simple; it just isn’t necessarily easy, because it relies on landing whales, and those are fickle and unpredictable creatures. But if you keep working at it for long enough, eventually you WILL find an online sugar daddy, and you’ll know that they’re real. Them, and the enormous benefits that come from knowing them.

This site contains affiliate links, which means that, when you click one, the owner of LilSugarPlum.com may get compensated financially.